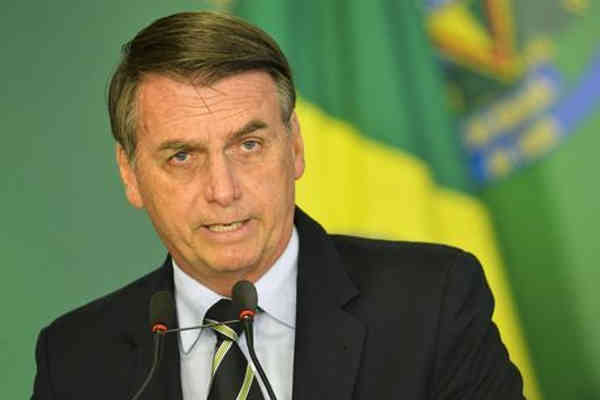 The Bolsonaro Administration may have had the worst performance in the Chamber of Deputies since 2003, compared to the start of the management of its predecessors Michel Temer and the petite Dilma Rousseff and Luiz Inacio Lula da Silva in the analysis of the House’s votes.

Directing the vote in favor of the PEC (proposal to amend the Constitution) of the Tax Budget to avoid a defeat in the House plenary, at the end of March, the government ended up “inflating” the numbers of the adhesion of the deputies to its government. With this, the retired army captain passed the test of the first 100 days with a little better performance than the one of Dilma Rousseff (2011) and Michel Temer (2016), although more modest than that of the also Lula (2003) . Formally, Bolsonaro had the votes of 62% of the deputies.

If we consider that theBolsonaro Administration  had a defeat in the PEC voting of the Tax Budget, however, that performance falls to only 46.8% – the worst since at least 2003.

The bill is made considering how many of the 513 deputies voted in the way the government would like (expressed by the electronic panel). Imagine that the government asks for the “yes” vote for a given bill and that 256 of the 512 deputies vote “yes” (the chairman of the meeting does not vote). In this case, the so-called “government rate” is 50%.

The PEC of the Tax Budget was voted in two rounds in a lightning session on March 26. At the time, Bolsonaro and one of his sons, alderman Carlos Bolsonaro, were talking to the president of the Chamber of Deputies, Rodrigo Maia, in social networks and in the press.

The PEC obliges the Executive to pay for the collective amendments tabled by deputies and senators – that is, it takes power from the government over another part of the Union Budget. Even with the orientation in favor, the PEC was criticized by the government leader in Congress, Joice Hasselmann and also by the Minister of Economy, Paulo Guedes, among others.

Both Guedes and Home Secretary Onyx Lorenzoni advocate the adoption of the so-called “zero base budget”, without stamped funds for any area – exactly the opposite of the PEC of the Tax Budget.

The performance of the Bolsonaro Administration  in the Chamber also worsens somewhat when considering the situations in which the government failed to guide the deputies from its support base – in this case, it obtained 60% of the votes. The Bolsonaro Administration  was the one that omitted most in the voting, at least in comparison with the last presidents since Lula. Under the PSL politician, the government failed to guide MEPs in more than a third (36.6%) of the votes, compared to 3% under Temer, 27% under Dilma and 20% under Lula.

In recent weeks, Bolsonaro and his entourage have taken steps to try to improve the government‘s relationship with Congress: the president met with party presidents and opened a part of his agenda to receive deputies and senators. According to reports by the specialized website Poder360 and the Folha newspaper, the government would also have offered an extra $40 million in amendments to deputies and senators who voted in favor of pension reform.