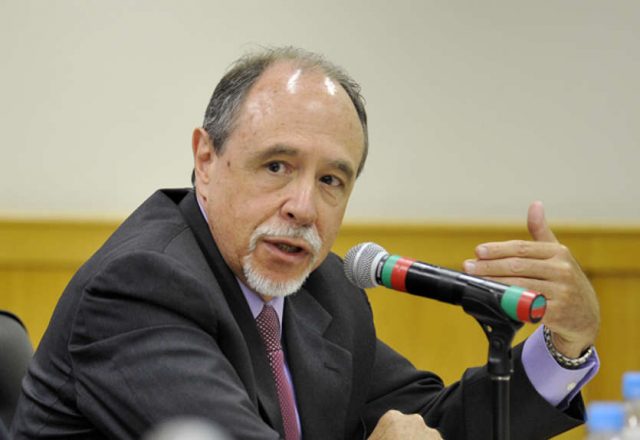 By Aluisio de Lima-Campos The Trump’s administration trade policy is still an evolving topic. Discussions are underway between the Executive and the Congress in the context of a tax reform and the confirmation of some high level appointees. The United States Trade Representative (USTR), a key figure in trade policy, has yet to receive congressional approval. The secretary of Commerce – who took office not long ago – is still dealing with important unfilled staff positions while taking stock of the situation.

But even with such pending uncertainties, the new U.S. trade policy may bring opportunities to Brazil. The exit from the TPP (Trans-Pacific Partnership, for instance, prevented the preferential access of large competitors of Brazilian products into the American market.

At the same time, the new situation makes Brazil’s market increase in importance in the eyes of the Latin American TPP partners (Chile, Mexico and Peru) and, by extension, of those in the Pacific Alliance. Brazil should not miss the opportunity to seek deeper trade relations with these countries, what it can do now from a position of greater prominence.

Likewise, Trump’s decision to renegotiate NAFTA will drive Mexico to reduce its dependence on the U.S. and diversify its trade markets. This trend is already evident, as Mexico shows growing interest in seeking agreements with Brazil. A renegotiated NAFTA may also reduce Mexican competitiveness on products Brazil traditionally exports to the U.S., such as orange juice (we are subject to an ad valorem equivalent tariff of 40 percent or more).

Some see a possible US-Brazil trade agreement as an insurance against possible protectionist measures from Trump. But, judging by the ease with which he changes his mind and withdraws from agreements, this would not represent an effective guarantee against possible adverse measures

Alternatively, some consider that an agreement with the U.S. would assure a better position for Brazil in the US market, since from the signing of NAFTA Brazilian products have been under increased attack. Goods in which Brazil is highly competitive (such as sugar, steel, soybeans, meat in natura, corn, orange juice, others) are subject to significant barriers, and have caused the country to lose market share to competitors which have free access. In addition, other Brazilian products could gain competitiveness through the removal of barriers in the American market.

In terms of challenges some deserve attention and follow-up. One of them is the BAT (Border Adjustment Tax) that will increase the cost of all U.S. imports. This tax will have a  stronger effect on countries that are largely dependent on  exports to the U.S., which is not the case of Brazil. A lesser impact is expected on exporters of products without American similars. Another is the Buy American, which will be a requirement for government purchases and infrastructure projects, which is expected to hurt imports that are similar to domestically produced goods.

Donald Trump’s trade policy, strongly protectionist, will negatively affect all countries exporting to the US, some more than others.  Brazil will not be immune, but it may take advantage of some potential benefits and opportunities presented.  Paradoxically,  the future may be promising.

Based on the priorities set out for trade policy in 2017, an intensification of activities on trade remedies is expected in the United States, probably with a growing number of anti-dumping and anti-subsidy petitions, more rigorous investigations and enforcement, and maybe, a greater bias in favor of the domestic industry. What is believed to be the orientation of this policy is contained in President Trump’s inaugural speech (January 20, 2017), and is fundamentally protectionist. Besides being formulated in a remarkably truculent way. Business partners are virtually treated as enemies: (…) (…..) “We must protect our borders from the ravages of other countries by making our products, stealing our companies, and destroying our jobs”, said the President.

He also placed protectionism as a generator of progress: “Protection will lead to great prosperity and strength.” (…) “We will follow two simple rules: Buy American and hire American“.

Trump is pragmatic and by far the least political of all American presidents. And also the least predictable. He considers himself a negotiator, but his stated negotiating technique is to press  and press, until he gets what he wants.

To implement his proposals, Trump chose a ‘dream team’ whose members are in full tune with his guidance. The Secretary of Commerce Wilbur Ross is a millionaire investor with interests in the steel and coal industries, which are among the industries that Trump wants to protect and recover.

The USTR (United States Trade Representative) is Robert Lighthizer, a lawyer who in the past has dedicated himself to representing the US steel industry in trade remedy cases (anti-dumping, anti-subsidies, safeguards). In the 1980s, as deputy USTR, he idealized and negotiated the “voluntary restraint agreements” on steel, by which the exporting countries, including Brazil, were compelled to quantitatively limit their exports to the United States, in exchange for the repeal of all anti-dumping and anti-subsidy duties in force.

Two new developments were introduced in trade policy. The first was the creation of the National Trade Council (NTC), directly subordinated to the White House, which received the task to propose innovative strategies in trade negotiations and coordinate with other government agencies the assessment of the country’s industrial capacity, among others. To head the NTC, Trump invited Peter Navarro, a Ph.D. in economics from Harvard University, professor at the University of California, and author of the book and documentary Death by China, which criticizes the Chinese government’s subsidies and currency manipulation to gain advantage in international trade, claims that became topics of the presidential campaign.

The second novelty is that the USTR loses its central role in the formulation of trade policy, whose decisions are now taken by a ‘troika’ (Department of Trade-NTC-USTR). According to president Trump, Willbur Ross would lead the way in formulating policies, although at his confirmation hearing in Congress Ross ensured that he would work in coordinationed with the two other bodies.,

It should be noted that of the three, the new USTR Robert Lighthizer is the one who knows best about trade laws and who has the most experience in international trade matters (and to whom the others will have to rely to assess legal and regulatory aspects and mitigate potential litigation with trade partners).

Another novelty is the change in US trade policy formulation. In addition to the aforementioned change in leadership (from USTR to a ‘troika’), trade policy ceases to be reactive (to the wishes of the US private sector) to be proactive with the initiative originating in the Executive.

It has been recently released the  President’s 2017 Trade Policy Agenda which follows the same orientation of the inaugural speech, but expands its reasons and priorities. It lists four top priorities for trade policy. As a general matter, the Trump administration believes that these goals can best be accomplished by focusing on bilateral negotiations rather than multilateral negotiations – and by renegotiating and revising trade agreements when its goals are not being met.

1 –  Defending  US  National Sovereignty Over Trade Policy. The President recalls that Congress had made it clear that Americans are not directly subject to WTO decisions. “Even if a WTO dispute settlement panel – or the WTO Appellate Body – rules against the United States, such a ruling does not automatically lead to a change in U.S. law or practice. Consistent with these important protections and applicable U.S. law, the Trump Administration will aggressively defend American sovereignty over matters of trade policy”.

‘Brazil Has the Potential To Come Out of the Crisis, and It Depends On Us All,’ Says Bolsonaro

Sale of New Cars in October Reaches the Highest Level Since…

‘Brazil Has the Potential To Come Out of the Crisis, and…