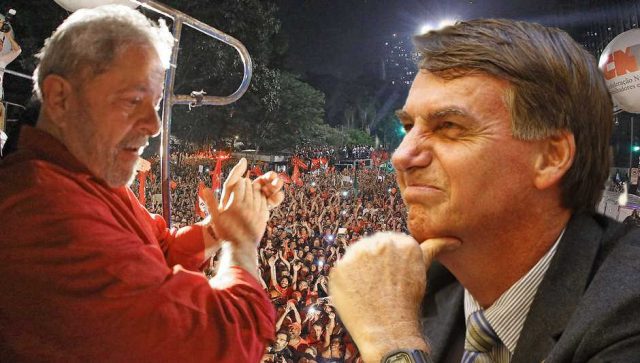 The attempt of the judge Rogerio Favreto to order the release of Lula da Silva was not an isolated act. On the contrary, the frustrated action is part of a strategy to bring the Workers’ Party back to the center of power, this time to impose what they could not do during the 13 years that governed Brazil.

The strategy is clearly defined on the website that the party maintains on the web with all the points of a 1917 Bolshevik-style “assault on power” plan. Obviously, this strategy is neither realistic nor intelligent, as it is based on a doctrine that history has already banished and demonstrated political and social unfeasibility. However, the Workers’ Party believes that what worked out in Russia in 17 and in Venezuela after the 2002 coup attempt may also apply to Brazil.

The episode on Sunday, July 8, where Judge Favreto tried, through three reruns, to impose an arbitrary and illegal decision on a topic that had already been tried in the first, second, and instance by the High Courts, is only a factoid that seeks to place in focus an issue overcome and forgotten by the country: the conviction and arrest of Lula da Silva for corruption and money laundering.

Transforming the former president, now condemned and reduced to criminal status, as a victim of a conspiracy by the political class, the judiciary, and the establishment is the ideal design to attempt to repeat the scenario of the Russian revolution of 1917, of Bolsheviks against unpopular and weakened social democrat Kerensky.

Brazil’s unpopular and weakened Temer is a little distant from feudal Russia of the 19th century, but members of the Lula da Silva Workers’ Party and defenders work frantically with this image that would be the last hope of regaining power and freeing the majority of members convicted for corruption and other criminal acts.

Another member of the conspiracy, Supreme Court justice Dias Toffoli, a former Labor Party contractor who has actively participated in the camouflage of the assassination of Mayor Celso Daniel, will hold the presidency of the Supreme Court in the coming months. Toffoli, who tried unsuccessfully to become a competition judge, won the Supreme Court’s privilege for knowing the ins and outs of the most cinematic political crime in Brazilian history.

The murder of Celso Daniel is involved in no less than seven other murders, almost all of them concealed in accidents or common crimes. The criminal who committed the kidnapping of the mayor, Dionízio de Aquino Severo, was removed from prison, where he served his sentence, in a “Mission: Impossible” that used a helicopter. Celsus Daniel was captured by his pack two days later and then killed. Dionizio was murdered in April after being recaptured and told police that he would have important revelations to make. Before telling what he knew, he was found dead in the Prison of Belem, in Sao Paulo.

For the work as a whole, Dias Toffoli won the highest rank of Brazilian justice and now must fulfill his design, as Rogério Favreto, also named a judge for relevant services rendered to organized crime.

The supporters of the cause of Lula da Silva imagine that this trump will be enough to regain the lost ground in power. But it is unlikely to be enough to dominate a continental country with Latin America’s largest economy, south of Rio Grande. Also, the militancy of the Workers’ Party of the 1990s no longer meets the demands of its leaders, as before. The arrest of its top leader, on April 8, 2018, had little or no repercussion on the former militancy, which did not attend massively, as its leaders imagined.

Episodes of assassinations of witnesses or dissident militants of the Workers’ Party show to what extent organized crime has deep ramifications with the group. Trade unionism, the birthplace of Lula da Silva and his party, is also a focus of organized crime, which has always used it to ensure the maintenance of its leadership, crushing the opposing currents.

The risk of a desperate attempt by Lula da Silva’s supporters to regain power can not be completely ruled out. However, the success of this hypothesis is unlikely, since each day the group became more marginalized. Their manifestations of courage and valor are only strengthening the adherents of the right wing: Jair Bolsonaro, a grotesque caricature of the no less grotesque Donald Trump.

Many will identify with the unreasonable messages of the right-wing candidate only because of the fear of a return of Lula da Silva to power, which would lead Brazil to something close to Venezuela. But the choice for right-wing populism of Jair Bosonaro is not much different from Lula da Silva’s populist leftism. In both the chaos the country would be headed toward the abyss.

The persistent crisis affecting the economy and politics does not help to balance the emotions and to strengthen the consideration of more lucid and less exalted candidates. The chances that the upcoming elections bring more peace and reasonableness to the political landscape are remote. Everything indicates that Brazil and Latin America will still have a long way to go before they reach serenity to move towards a sustainable social development.