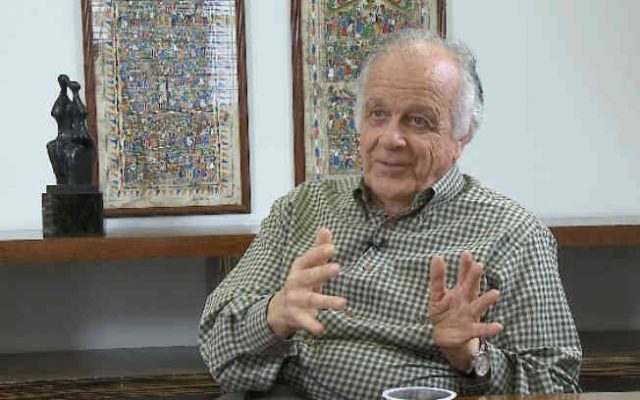 Gabriel Mario Rodrigues – Chairman of the Board of Directors of ABMES

“Brazil in the 1990s had the challenge of putting everyone in school. That was the clarity of the challenge. What we are trying to say to society now is: we have a new big challenge. Ensuring they have access to real Education is not access to entering school. It is the access to learning itself.” (Rossieli Soares, former Minister of Education and Secretary of Education of the State of São Paulo)

Imagine if the education agenda had the same debates that the Social Security reform is having. At least representatives of Congress, the Executive, the Judiciary and all Brazilians would know a little about the need to develop human capital  in Brazil. We have immense challenges to be solved that depend on our sensitivity to move from intentions to actions.

That is what, 87 years ago, 25 members of Brazilian intelligence dreamed of when writing the celebrated “Manifesto of the pioneers of New Education”, which in its beginning declared: “In the hierarchy of national problems, none is of the importance and gravity then that of education. Even those of an economic character can not dispute the primacy of national reconstruction plans. For if the organic evolution of a country’s cultural system depends on its economic conditions, it is impossible to develop economic or production forces without the intensive preparation of cultural forces and the development of the skills for invention and initiative that are the fundamental factors for the wealth of a society. ”

The truism is elemental. We will never have a competitive economy if we do not have people capable of developing it. The greatest challenge that the country has starting in childhood education is to give opportunities to students from all walks of life who have access to the best learning to enable them to enjoy a decent and happy life. It is a social issue to provide young people with a professional career, since the number of “not-ots” (young people who do not study or work) reaches 13 million. The challenge is not just the government’s, but of the whole society. About this, I wrote an article last year: The “not-nots”, the “without-withouts” and now also the “un-uns”.

With some experience in education, I feel that this moment is of vital importance. It is time for all sectors of society, whether or not focused on education, regardless of the level at which they act, interact, collaborate, share and foster the implementation of the National Curricular Common Base (BNCC), reason why it has already been expressed in the media and declared by education specialists, cited in my articles

I believe that this is a strategic moment for the country, that of finally facing and overcoming the challenge of leveraging national education. The demand for a skilled workforce, which is ever greater by changes in production and services in all areas of business and government sectors, makes basic education become transcendental in the initial training of students. Before the students could leave the gym knowing how to read, write and do the math. Today it has changed. They must also get prepared for the clashes of life in an increasingly competitive world.

According to the IBGE, 28.4 million people in the last quarter, equivalent to 24.9% of Brazilians able to work, were unemployed or working less than they would like.

My concern is that the BNCC is successful, not only in the private sector, because the competitiveness between schools and the concern to serve their students better is a matter of institutional survival. The big challenge lies with the public sector, as there are more than 200 thousand schools under its responsibility.

Two weeks ago an educational event was held in São Paulo by Bett Educar. Private schools in Brazil were present and the dominant subject was the implantation of BNCC. The booths showed how carefully the publishers prepared the school supplies.

Private schools serving the middle and upper classes have planned their courses in compliance with legal provisions. This confirms that everyone is worried about BNCC, as it has a proposal to improve Brazilian basic education. However, in all the considerations pointed out in the media, the focus is always on private institutions. I believe that private initiative has already gone a long way and thus has this first stage defined and resolved. Obviously there are dozens of challenges to overcome, given that much is changing, but everything is ready for the demands to be met and the professionals are in their posts. BNCC is not a ready curriculum, with exclusive regulations. It works as a guide to the learning objectives of each stage of school formation, without ignoring the particularities of each school with regard to methodology and social and regional aspects. It remains to be seen whether the faculty is actually prepared and skilled for the task. That is, each institution will have the freedom to build its curriculum, using the strategies it deems most appropriate in its pedagogical project, provided they are in tune with BNCC. Prof. Rodrigo Casali of the Educational Center Prof. Reinaldo Anderlini, from Botucatu, in the interior of São Paulo, said: “The main purpose of the BNCC is to give homogeneity to the curricular organization of elementary schools for all to follow and the guidelines of educational processes, both for public and private and logically respected regional individualities. What’s new are the socio-emotional skills and abilities that will accompany the various disciplines from the first grade to the third grade. However, the major problem is in high school, where the proposal to eliminate evasion and create a curriculum project by learning trails, where the student organizes his curriculum, as he wants to study, taking into account that only Portuguese and Mathematics are obligatory and the the rest is due to their professional choice.”

How to economically make a project that depends on the students’ choices? There is a risk of having a teacher for only two or three students. Another concern is with respect to the Enem, since there is no information whether the evidence will be the old fashioned or following the BNCC.

If there are challenges in private schools, imagine the public schools. In Brazil, with few exceptions, public schools invariably go through the lack of teachers and their training, high student dropouts, violence and lack of financial resources. But there is a still-debated topic that is school management, that is, the role of the principals who deal with the crises faced by schools. Even though it is the professional that has the greatest number of responsibilities within the institutions, there is no public policy aimed at training and acting in Brazil. Disregard is so significant that, according to a Folha de Paulo newspaper survey, in 2015, 45% of the 55,000 Brazilian directors had reached the position by appointment and not by career valorization (45% of the directors of the public network come to the position by appointment). That is, the health of public schools takes them to an ICU with an immediate impact on the BNCC’s implementation.

Other aggravations overwhelm the implementation such as that public units do not have the desired autonomy, if they do not have a qualified teaching staff and there are many difficulties for hiring. The alternative / optional disciplines may not leave the role due to the small volume of opts and the diversity of options, besides the possible lack of teachers, the shortage of resources can make the implantation unfeasible, in the development of the full time as this will increase expenses in the sheet salary, as for socio-emotional skills, schools do not have a satisfactory framework that meets the requirements and the deadline for implementation is short, etc. etc.

The incorporation of technology in education should also be considered in this process, as students are increasingly connected and attentive to the issues available on the internet and we do not know how it is in distant municipalities. Did the Ministry of Basic Education of the MEC have had time to think about all this? The thesis that I defend is that education is not the only challenge of government. It is a national issue and there is a need for everyone to collaborate. I believe that the private sector can contribute to the BNCC, for example, by putting its institutions together with the Teaching Offices / Delegations to discuss and deepen the subject, providing spaces and staff to exchange ideas for effective operationalization. Other organizations, such as the Lemann Foundation, the Todos pela Educação, the Ayrton Senna Institute and many others, have a vast material to be made available, of immense value.

The improvement of education is a crusade that must mobilize all social actors if we want a better future for the country.