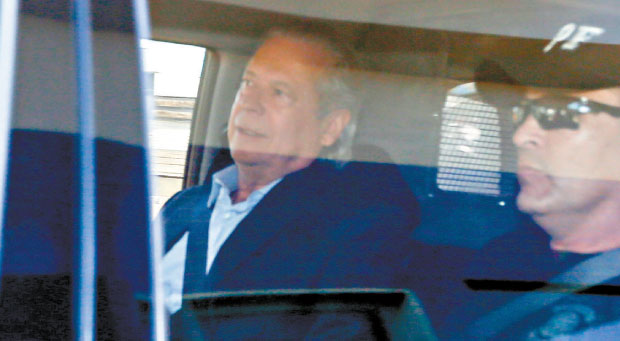 Supreme Court granted this Tuesday (2) habeas corpus to former minister Jose Dirceu, arrested by Lava Jato. Dirceu, twice convicted in the first instance by Lava Jato, has been detained since August 3, 2015 in Curitiba.

In the understanding of the three ministers who voted to release him, he could not be arrested because he has not yet been convicted in the second instance – the magistrates argued that the Justice may apply other precautionary measures.

The ministers of the Supreme Court decided to release Dirceu a few hours after the Federal Public Ministry in Paraná filed a new complaint against the Worker’s Party.

In an interview, prosecutor Deltan Dallagnol affirmed that the complaint was already being “elaborated and matured”, but, due to the analysis of habeas corpus by the STF, “there was a precipitation” of its presentation. The goal, he said, was to bring to light new elements, “which may or may not be considered by the Supreme” to decide on the request for freedom.

The habeas corpus in favor of Dirceu follows the trend of the Supreme Court in the last days of granting freedom to people arrested under the determination of judge Sergio Moro, who leads Lava Jato in the lower court.

Last week, the ministers accepted resources from the former treasurer of the PP Joao Carlos Genu and the cattle rancher Jose Carlos Bumlai.

The ministers justified that the prisoners had the right to appeal in freedom, since there was no condemnation in the second degree.