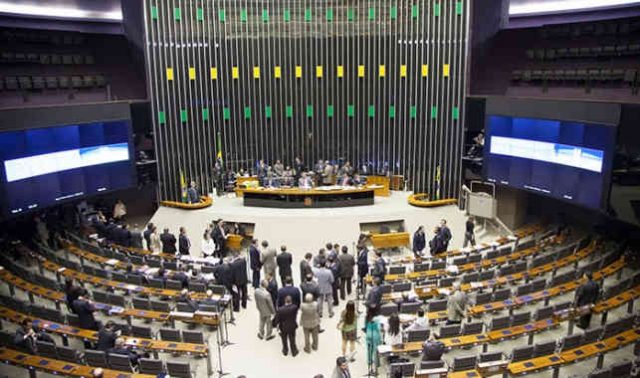 A survey by Estadao newspaper shows that 198 deputies would vote in favor of the proposal, but 129 require changes in the text for reform grows in the House of Representatives

Even with the “blackout” of the political articulation, the government has been able to expand in the last weeks the support in the House to the reform of the Social Security. Ten days after the proposal goes through its first test – the vote in the CCJ (Constitution and Justice Commission) – the State Pension Scoreboard indicates that 198 deputies would vote in favor of the text in the plenary.

Of these, 69 affirmed that they would give yes to the reform with the same content that was sent to the Congress, and 129 conditioned the approval to adjustments.

The number represents an increase compared to the survey published on March 21, when 180 deputies were willing to approve the text, provided changes were made, mainly in the proposed rules for granting rural retirement and BPC – the paid benefit to elderly people.

In order for the new rules for the granting of pensions and pensions to come into effect, three-fifths of the House (308 votes) and the Senate (49 votes) must be given in two rounds.

508 of the 513 MPs have been contacted in the last two weeks by telephone, e-mail or press office. Of the 293 who stood, 95 said they would vote against it, even if there were changes. Others preferred not to speak.

Amid the difficulties of negotiating support for pension reform, President Jair Bolsonaro met last week with leaders of DEM, PSDB, PSD, PP, PRB, and MDB who together represent 196 deputies.

Of these, 79 parliamentarians (40% of the group) declared themselves in favor of the proposal, according to the Social Security Scoreboard. The PSL, the party of the president, adds another 34 votes already approved to approve the text, from a bench of 54 deputies.

The Social Security reform report will be presented this week at the CCJ (Constitutional and Justice Commission), the first step of the road that has to go through Congress. It is expected that the text will be voted in the collegiate on April 17.

Bolsonaro also said that despite defending the text in the way it was sent, he was sure that Parliament would change it. For the president, some points, such as changes in the BPC (benefit of continued provision, assistance to the needy elderly) and rural retirement should be withdrawn by deputies.

According to him, if capitalization (the model in which contributions go to individual accounts that will bank the benefits in the future) delay the reform process, the new regime should be deleted because it is not “essential at the moment.”