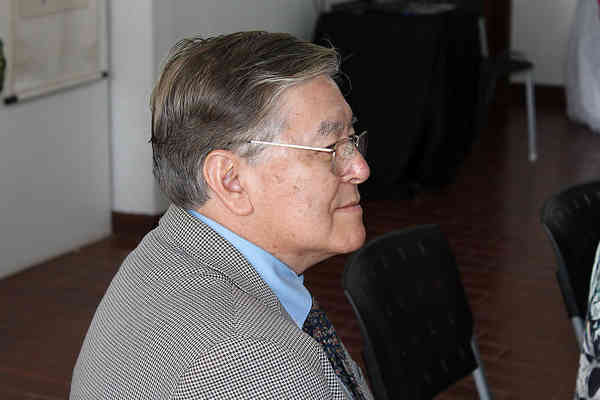 Since the second term of the president Lula’s administration scandals of corruption have been a subject overwhelmingly present in the Brazilian political debates, and in the front pages of the media. The consequence obviously is the widespread feeling that honesty should be the utmost virtue to be hold by politicians and to be presented by candidates in the upcoming elections. The argument of such a view says that if a ruler has the virtue of honesty public money will be used correctly and public policies will be fair and will benefit the whole population rather than the pocket of the politicians and of their friends and relatives. Obviously nobody can deny the importance of honesty to those occupying public positions. Actually this short article wants to argue that for a public person honesty is absolutely necessary, but it goes little further than a small virtue for statesmanship. In fact a president and any other public authority need many other virtues and abilities to perform properly their duties and to bring back credibility to political institutions and consistent growth to Brazilian economy.

History shows many cases of statesmen of different countries who did very badly as rulers in spite of being morally honest and truthful. Perhaps one of the most remarkable cases of a very honest statesman who did terrible things as a ruler was Maximilien de Robespierre (1758-1794). His friends used to call him as “the incorruptible”, he was against the death penalty and has joined a new political club called The Society of the Friends of the Constitution, nonetheless his reputation in the French history is basically of a leader of the French Revolution in its darkest days in the period known as “the terror”. Historians tell that Robespierre used the guillotine to create what he called a “republic of virtue”, wherein terror and virtue would be imposed at the same time. He argued that “terror is nothing more than speedy, severe and inflexible justice; it is thus an emanation of virtue …”

Looking at what has happened to France under Robespierre one can conclude that what was needed was political moderation. Nevertheless perhaps the real answer can be much more complex. Among political sociologists a very frequent debate is about the question on to what extent political leaders should follow the same moral code required of ordinary individuals.

Making choices in the political domain

In fact doing politics and making decisions on public issues involve a quite demanding variety of activities rather uncommon to ordinary individuals. Corruption temptations can be strong and frequent, and in most cases options and what is at stake do not appear as clear as we would like it should be. In public affairs most issues and proposals compete with other issues and proposals. Choosing what and how to do something in public issues frequently goes much further than choosing between right and wrong, and in most circumstances decision makers have to establish priorities among proposals and targets equally desirable.  In public affairs in most cases what benefits an individual or a group of individuals will not necessarily benefit the nation, actually what is called public goods, i. e. goods like clean environment and public security which supposedly benefit all the population are always motives of strong controversy. Debates on purposes and means to produce clean environment and public security usually raise ideological arguments mobilizing activists, pundits, business leaders, and political parties with strong opinions about the subject.

Perhaps worse than these aspects, sometimes the real issue which is at stake in a dispute in public affairs does not appear clearly to the public and even to most leaders. In the Congress of Westphalia (1644-1648) which was held do settle the end of the Thirty Years’ War historians tell that it took almost a whole year to come up with an acceptable set of issues which the various kingdoms were fighting for and which should be debated in the Congress. Indeed the Thirty Years’ War is known as a religious war opposing Catholic and Protestant kingdoms. Nevertheless in the Congress of Wetphalia the discussion about the subjecta belligerantia (motives of war) lasted for a whole year revealing that the reasons why Spain, Sweden, France, and the many German and other European kingdoms were at war could not be classified in a simple category such as “religious war”. Each kingdom had different reasons to be at war, and furthermore there were cases such as of France, a Catholic kingdom led by a Cardinal (Richelieu) whose main ally was the Protestant kingdom of Sweden while the main threat was Spain, an ultra Catholic kingdom.

In modern times from Machiavelli to Max Weber and Ortega y Gasset the many differences between moral standards and concerns of the public men and the private individuals have been explored and discussed. Unfortunately what these thinkers have said and written have produced misleading interpretations. Basically what most people understand from the discussion is that to everyone occupying leading positions in the political system is granted a waiver of moral behavior. In technical terms it means that in public issues the raison d’état always prevails over moral codes, i. e. rulers and high public officials do not need to follow moral norms of regular citizens such as honesty, temperance, and justice.

In fact since the ancient times rulers and high public officials were not granted with a waiver from moral codes, but quite on the contrary since ancient times ruling elites have been much more demanded with duties and moral standards than the regular individuals.  The citizens in Ancient Greece and the junzi in China by the time of Confucius were considered noble men, i.e. members of the ruling elites and due to such a condition moral codes should be followed much more severely despite the fact that they had to hold and perform additional burdens and duties. Indeed in the Analects, from the Chinese philosopher Confucius (551-479 b.C.) there is a whole chapter of wisdoms and recommendations dedicated to the noble man (junzi) which can be roughly understood today as “the public man”. Similarly in Ancient Greece the term idiotes meant basically those who dedicated themselves exclusively to private interest and to private matters differently from the citizens who, further than their private life they were concerned with public affairs and were prepared to give their time – even their life – to the polis. Biographers of Socrates and of the great masters of dramaturgy in Ancient Greece tell that they have participated in various battles defending Athens. It has been said that almost two thousand years later, Hugh Grotius in his death bed lamented not having done anything remarkable along his life. Obviously Grotius was referring to his poor participation in the public life.

Discernment and serendipity in public affairs

History show that for decision makers in public affairs credibility is an essential asset, and credibility depends directly on moral conduct. In other words, politicians cannot be suspect of corruption or of other moral misconduct. Nevertheless having a “clean record” (ficha limpa) though necessary is a poor qualification to anyone to be elected in Brazil or in any other democracy.  As a matter of fact additionally to moral code of the ordinary citizens those occupying high positions in the social hierarchy and in the command of the States have other additional requirements of moral conduct like courage to make tough decisions and ability and patience to bring about compliance and to build an acceptable consensus even among those who are not fully convinced that a chosen public policy will be beneficial for them and for the public. One can say that a “clean record” is nothing more than a starting point, something that every public man and any candidate running for a political position should have only as a pre-condition. The real virtues which will effectively distinguish an ordinary public man from a real statesman are courage, discernment and serendipity.

Discernment is the ability to understand and to interpret properly the will of the people as well as the developments which are going on underneath the visible problems affecting the economy and the social and political demands. Discernment is an ability which can be attained and polished by improving one’s knowledge and cultural background.

Serendipity is the ability to perceive and to capture problems and opportunities which come out from apparently random developments. A scientific and technological breakthrough or an election of a new political party in a neighboring country can bring about new possibilities and new problems to be managed. More than an ability serendipity is like charisma which is a personal quality which is granted only to certain human beings. Mark Twain in his biography of Joan of Arc refers to her as someone who had “seeing eyes” meaning that she had the rare ability to see people and circumstances beyond the external appearance.

Courage for those occupying public positions is the necessary virtue to transform into action and to political decisions the perceptions and the views coming out from discernment and serendipity even when such perceptions and views are not clear and visible to most people and to potential voters.

Finally having in mind all that have been said above, it might be important to consider that to be an outsider, i. e. to be someone who never had occupied a public position or never had been elected to a political office is not a qualification for anything. Experience can be important if not for learning about what public service really is, at least to form a political curriculum to tell the people about his or her intentions and ideas. In the U.S. some analysts have been complaining about the fact that their current president has been involved in quite messy situations due to the fact that he is completely naïve in managing political issues, which is substantially different from doing and managing business.