Demand for selfies has changed the lives of wild animals forever: the explosive trend on social media is driving the suffering and exploitation of some of the world’s most iconic animals in the Amazon, says international charity World Animal Protection.

Focusing on two gateway cities of the Amazon: Manaus, Brazil and Puerto Alegria, Peru – World Animal Protection investigators revealed in a new report that animals are snatched from the wild, often illegally, and used by irresponsible tour operators who cruelly exploit and injure wildlife to entertain and provide harmful photo opportunities for tourists.

In public view, and behind the scenes, investigators uncovered evidence of cruelty being inflicted on wild animals, including: •Sloths captured from the wild, tied to trees with rope, not surviving longer than six months •Birds such as toucans with severe abscesses on their feet •Green anacondas wounded and dehydrated •Caiman crocodiles restrained with rubber bands around their jaws •An ocelot (a type of wild cat) kept in a small barren cage •A manatee held in a tiny tank in the forecourt of a local hotel •A giant anteater, manhandled and beaten by its owner

Steve McIvor, CEO at World Animal Protection, says: “The wildlife selfie craze is a worldwide phenomenon fueled by tourists, many of whom are unaware of the abhorrent conditions and terrible treatment wild animals may endure to provide that special souvenir photo.”

“Behind the scenes, wild animals are being taken from their mothers as babies and secretly kept in filthy, cramped conditions or repeatedly baited with food, causing severe psychological trauma.”

Dr. Neil D’Cruze, Global Wildlife Advisor at World Animal Protection, says: “It’s extremely distressing to see animals being stolen from the wild and used as photo props for posting on social media. The reality is these unfortunate animals are suffering terribly, both in front of and behind the camera.”

“The growing demand for harmful wildlife selfies is not only a serious animal welfare concern but also a conservation concern. Our online review of this kind of practice in Latin America found that over 20% of the species involved are threatened by extinction and over 60% are protected by international law.”

To tackle the issue, World Animal Protection is calling on relevant governments to enforce laws protecting wild animals, and ensure that travel companies and individuals who are exploiting wild animals for tourism in the Amazon abide by the existing laws.

The organization is also launching a Wildlife Selfie Code for tourists to learn how to take a photo with wild animals without fueling the cruel wildlife entertainment industry.

Tourists can join the movement to end this cruel industry by signing the World Animal Protection Wildlife Selfie Code and commit to keeping wild animals in the wild, where they belong 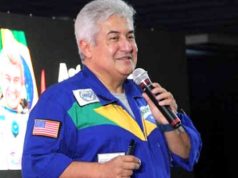 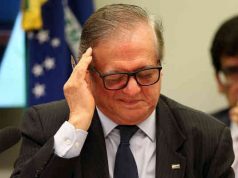