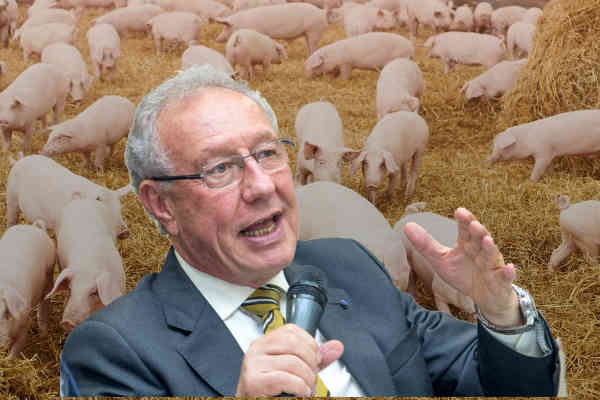 Brazilian pork exports (considering all products, including fresh and processed) totaled 67,200 tons in May, reports the Brazilian Animal Protein Association (ABPA). The volume is 41% higher than in the same period last year, it was exported 47,700 tons.

China shot between destinations of Brazilian exports. With 31.9% of shipments, imported 21,100 tons in May, volume 51% higher compared to the same period last year.

“The health issue experienced by Chinese production gives stronger signals in the pace of importshttps://brazilmonitor.com/files/index-php/2019/06/10/. the share of china’s participation in brazilian exports is the largest ever recorded, “said Francisco Turra, president of ABPA.

Another market affected by outbreaks of African Swine Fever, Vietnam, which imported only 26 tons in May 2018, increased its purchases by almost 7000% to 1820 tons in May.

Chile also stood out among the importers. The South American country has nearly doubled its imports (+ 99%) pork from Brazil, reaching 4.1 tons in the fifth month this year.

“Other significant markets for Brazil and Hong Kong (+ 1%), Angola (+ 75%), Uruguay (+ 68%) and Argentina (+ 54%) also increased their purchases in May. The expansion of the trade surplus between January and May also indicate a semester closing with a positive forecast for pork shipments, “adds Ricardo Santin, executive director of ABPA