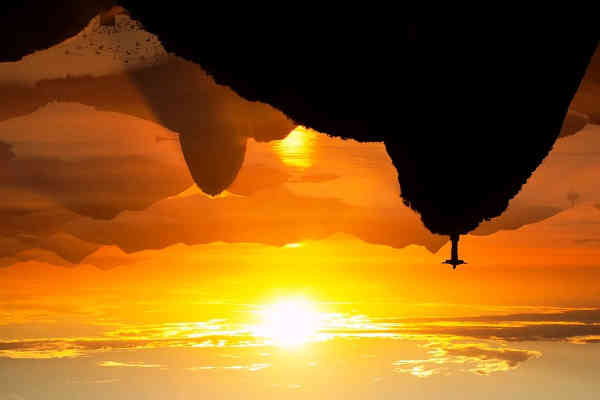 The political conditions in Brazil, the largest Latin American country with a population of 208 million and $ 1.8 trillion GDP, seems destined to remain unstable for some time, at least till a new President takes over next year. As of now, former President Luiz Inacio Lula da Silva is the most popular political leader from the Left-wing Workers‘ Party, in contention for the post. However, the moot point is whether Lula, an earlier two-term popular President who presided over the longest period of Brazil‘s economic growth in recent history, increased minimum wage to well above the rate of inflation and broadened state assistance to the most impoverished, will be in a position to campaign for the post and achieve the presidency in October 2018 when the next presidential election is due.

Lula was convicted recently on July 12 this year by a designated Brazilian court for corruption on charges of money-laundering, influence-peddling and obstructing justice, receiving bribe and favour in kind related to the ‘Petrobas‘ scandal. The conviction entails nine-and-half year‘s imprisonment. Lula can appeal against the verdict. If the conviction is confirmed after disposal of the appeal, Lula will stand barred from contesting elections for 19 years. The scandal concerns giving undue favours in sub-contracts of ‘Petrobas‘, the major state petroleum enterprise, and bribes as quid pro quo to politicians and state functionaries. Lula was declared guilty as a beneficiary of $1.2 million pay-off from Grupa Odebrecht, a major Brazilian multinational construction firm, and OAS, sub-contractors of ‘Petrobas‘, and as recipient of a three-storey beach apartment at Guaruja on the Atlantic coast, for his use. The charges were framed under scrutiny by Judge Sergio Moro, Brazil‘s top anti-corruption public prosecutor who, incidentally, has presidential ambitions. Interestingly, some of the charges against Lula have been based on disclosures of Antonio Palocci, one of Lula‘s earlier confidants and his Finance Minister, who himself is under investigation in the ‘Petrobas‘ scandal.

The politics of Brazil had taken a dramatic course for quite some time. Lula‘s successor to the presidency from the same Workers‘ Party, Dilma Rouseff, twice popularly elected, was ousted from her constitutional post in 2016. She was impeached for financial impropriety by Brazil‘s parliament, dominated by many legislators of dubious distinction because of their scandalous past and themselves facing corruption charges. The Brazilian presidency, presently held by Michel Temer of the Centre-Right Brazilian Democratic Movement Party, who did not attain the position through popular mandate, was Vice-President under Rouseff as part of an understanding with her party, is himself embroiled in financial scandals including graft charges emanating from the ‘Petrobas‘ related ‘Car Wash‘ case. In such a backdrop, the Brazilian political system has apparently lost its vitality-cum-credibility. But, Brazil may not be the only country in Latin America where the political system has been subverted by their politicians and the institutions of governance compromised. There have been variants of this trend in Venezuela, Argentina, Mexico, Colombia and Peru, to cite a few prominent examples.

As per the World Bank‘s assessment, Brazil is presently the worst of the investible economies of Latin America, in terms of GDP growth. If Venezuela, presently in deep political turmoil and economic crisis indicating – 7.7 per cent growth, is discounted, Brazil is the worst of the large countries south of Rio Grande. The World Bank and OECD have forecast low GDP growth rates for Brazil at 0.3 per cent, 1.9 per cent and 2.3 per cent in 2017, 2018 and 2019, respectively. In this scenario, with more than 12 per cent unemployment rate and an unemployed population of 13.5 million (as per government statistics of 2016), high credit cost, deep decline in private consumption and investment, continuing political tension is only exacerbating the political and socio-economic divide among the populace, damaging the economic fabric of the country and contributing to aggravation of economic inequities. Though the OECD‘s latest appraisal indicates that the Brazilian economy is slowly emerging from a severe protracted recession and a record trade surplus of $ 6 billion is anticipated in the second half of 2017, a comprehensive economic turnaround and improvement in livelihood conditions across regions and different strata of society is unlikely in the immediate future, unless the debilitating impact of the existing divisive political situation and exploitative commercial overhang on domestic politics, can be overcome.

Manipulation of the administrative and political institutions in Brazil by different political parties, government functionaries and legislators over the recent past, has only created conditions for loss of public trust and incessant civic unrest, lack of confidence in public institutions and the emergence of political leaders and forces catering to select business interests and oligarchic groups. If the existing conditions persist, the return of the military or their ascendance in governance in future, cannot be ruled out. As a consequence of these developments, Brazil‘s position and relevance in the G-20 group of countries and the BRICS comity, has declined. It was therefore not surprising that President Temer was not listed in the official welcome brochure of the recent G-20 Summit at Hamburg, and he was the last to arrive and first to leave the meeting.

In the present context, it may be worthwhile to appraise the Brazilian polity, its constitutional mechanisms and the concomitant administrative institutions, their performance towards streng-thening the country‘s democratic ethos, welfare of the people at large and also for those across regions and at the margins. An assessment of the impact on the country‘s international position, in groupings like BRICS, G-20 and the United Nations, may also be of essence. After the military dictatorship ended in 1985 and the present Constitution was inaugurated in 1988, Brazil has been governed under a hybrid political system. It is a mix of a directly elected President, a Parliament with significant powers of legislation and budget control, but the parties in Parliament unable to synchronise between party policies and proclivities of individual legislators, and the system not providing for expeditious accountability of the latter after prima facie charges of financial improprieties and other misdemeanors against them.

The country had adopted an executive presidency, a bicameral parliament with legislators elected under an open-list proportional representation system. The legislators enter Parliament as part of party lists but can switch their allegiance among parties without disqualification from the legislature. The President and his or her party legislators do not always adopt convergent position on issues of national interest and governance or are on the same page vis-à-vis the party’s policies. This leads to undermining of presidential authority as well as susceptibility of substantial sections of the legislators to the influence of various interests, namely, commercial lobbies, oligarchic and sectarian groups. This framework may explain the ease with which the ‘Petrobas‘ scandal occurred, firms like Odebrecht, OAS, and JBS could influence a large number of Brazil‘s parliamentarians. JBS, a large multinational meat packaging and distributor firm, had bribed Guido Mantega, a former Finance Minister, more than $ 61 million, to obtain easy loans and subsidies from BNDES(Brazil‘s National Bank for Economic and Social Development), causing a $ 10 billion loss to the bank.

Another characteristic of the present political structure is that the responsibilities of provincial and municipal governments are delineated under the present Constitution. Notwithstanding this system, a dichotomy has been noticed. President Temer has been trying to dismantle environmental controls in special areas like the ‘Renca Reserve‘ in the Amazons (in Amapa and Para provinces and home to Aparai, Wayana and Najapi indigenous tribes) set up in 1984 covering nine protected areas with gold, manganese, iron and copper deposits over 46,000 sq.km., favouring mining firms. Another contrasting phenomenon observed is that the President, notwithstanding having substantial powers (he/she can even legislate in provincial matters by decree though eventually the legislature‘s approval is needed) under the existing system for environmental protection, administering a system of judicious exploitation of natural resources and increasing capacities of communities across regions to enhance their earning abilities, have failed to do so. Many of the provinces have consequently been functioning virtually, autonomously, particularly after President Lula’s regime. President Rouseff was not able to thwart the commercial lobbies’ subversion of institutions at the national and provincial levels and exploitation of resources to the detriment of local community interests. Temer‘s regime has gone to the opposite extent of collaborating with the lobbies, and the existing milieu, with many parliamentarians attempting to promote oligarchic, individual and business interests, have only subverted the democratic institutions and detracted from the people’s welfare at large.

Political instability and economic uncertainties and decline seem to loom large for the near future. Though Brazil had played a key role in formulating a climate framework for the COP-21 in 2015, constituting BRICS, participated in more than 50 UN peace-keeping missions and towards propagating UN reform, its position in the international milieu has become uncertain owing to its political domestic ferment. It is to be seen how Lula and his Workers Party deal with the evolving scenario, whether Rouseff can substitute for Lula and lead Brazil‘s social democratic forces in the event the former‘s conviction is eventually confirmed, and she gets reprieve through the Supreme Court reckoning that she was never a personal beneficiary of the money flows in the ‘Petrobas‘ scandal. The Workers Party‘s performance in the parliamentary pollsdue simultaneously in 2018 along with the presidential election, will also be a pertinent factor.

The author, Gautam Sen, is a retired IDAS officer who has served in senior appointments of the Government of India and a State Government. The views expressed here are the author‘s own.