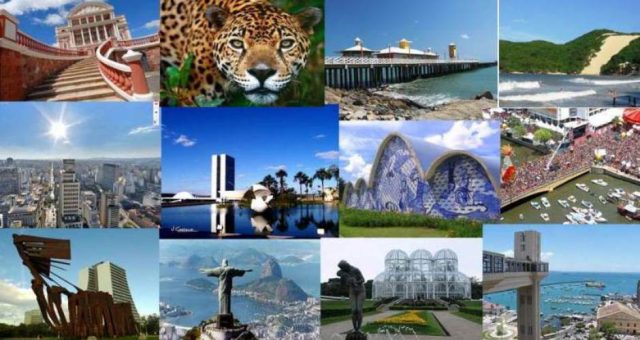 Meetings will bring together municipal managers, the instances of governance of the tourist regions and interlocutors of the Program of Regionalization of Tourism of the states

The “Sea of Minas” as it is called the region around the Lake of Furnas is the scene, this Friday, Mar. 22nd, of a meeting scheduled to discuss the actions of the Ministry of Tourism for the development of destinations and tourist regions. During the event held in Nepomuceno (MG) will also present the programs of support of the Folder for financing and promotion of tourism by the public and private sector.

The presentation of the Program of Regionalization of Tourism (PRT) will be made by the general coordinator of Territorial Mapping and Tourism Management, Ana Carla Moura, during the meeting of the Association of Municipalities of Lake Furnas, which gathers 34 managers of the municipalities bathed by the dam.

On the 25th, it will be the turn of the PRT to be discussed with the managers and entrepreneurs of the Circuito Lago de Furnas, a tourist region formed by 10 municipalities to know the MTur strategies in Paraguacu (MG). Ana Carla stressed that the presence of municipalities in the Brazilian Tourism Map, which is being updated in the states, is fundamental for the destination to integrate the PRT through a tourist region and can receive resources for projects registered in the Government Agreements System (Siconv), as well as financing for public and private managers through Prodetur + Turismo and the General Fund for Tourism (Fungetur).

The Cadastur, which brings together tourism service providers such as lodging, agencies and tourism guides, is another program that facilitates access to funding and the presence of municipalities in the new map, the whose updated version will be released in the second half of this year . “It will be an opportunity to discuss partnerships and participation in MTur programs related to attracting investments, access to credit, registration and inspection of tourism service providers, regional tourism planning, events, infrastructure and structuring of tourism products,” said Thayse de Castro, president of the Furnas Lake Tourist Circuit.

Ana Carla Moura stressed that these meetings aim to build and agree partnerships for joint and integrated action between governance bodies, responsible for tourism regions, PRT interlocutors in the states and the Ministry of Tourism. “Our purpose is to improve the interlocution, the experiences of the tourism sector and to address bottlenecks presented on these topics of great interest for the development of Brazilian tourism,” he said. She also stressed the importance of the TRP to the tourist regions and destinations where tourism, in fact happens.

On June 27, in Ribeirao Preto (SP), will be the turn of the Consortium of Mogiana Municipalities. The tourist region formed by 36 cities in the Northeast of the state will discuss the Brazilian Tourism Map which, at the current stage, may change its composition. On the 28th, Brasilia will gather representatives of other Regional Governance Instances such as the Inconfidentes (MG) Trail, Ribeira Valley (SP) and Ilha Grande and Pedro II, in Piaui.