After the deal is approved by CADE (Administrative Council for Economic Defense), the new firm Locamerica-Unidas, will have a fleet of more than 100,000 vehicles and 234 rental car offices in Brazil.

Unidas is a franchisee of Enterprise, owner of U.S. rental car brands Alamo, Enterprise and National. The firm had attempted to hold an initial public offering some months ago,  but called off the transaction due to weak investor demand. 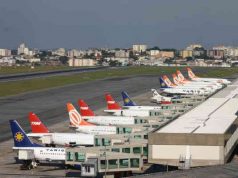 Long live the president! but in fact what’s going on the…

New Year with hope of new conquests and doubts about Brazilian…