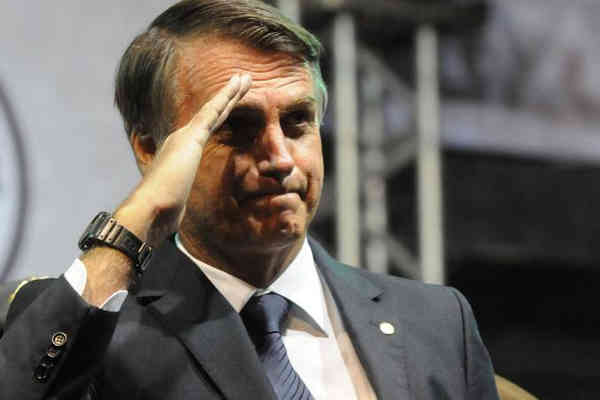 British writer Anthony Pereira, director of research on Brazil at King’s College London – one of the UK’s leading academic centers – says that President Jair Bolsonaro’s economically liberal speech is being superseded by other narratives that do not help the image of the Country abroad, as conservative declarations and their struggle against the left, even when it represents equal rights and citizenship.

In this interview, the Brazilianist, co-author of the book Understanding Contemporary Brazil, says that Bolsonaro must work to build a base in Congress and stop praising dictators like Alfredo Stroessner of Paraguay.

Question: After almost a hundred days, what is Jair Bolsonaro’s impression of Brazil?

Answer: The messages of the Bolsonaro administration are somewhat confusing and contradictory. The economically liberal discourse, which seems to be the main pillar of the reform agenda, is being obscured by two other discourses, one socially conservative and one that is nostalgic for the dictatorship of 1964-85. This could be seen when President Bolsonaro went to the United States. In an interview with Fox News reporter Shannon Bream, he talked about the trade relationship with the United States for about 40 seconds. The rest of the interview was marked by the president defending his visions of blacks, women, and gays, and denying that he had anything to do with the murder of councilwoman Marielle Franco. Fox supports Donald Trump and is not a means of communication that President Bolsonaro would describe as “leftist” or creator of “false news,” but still asked the president these questions. This shows that, outside Brazil, the economic discourse is being overcome by other narratives, which do not help Brazil internationally.

Question: What are the prospects for the coming months?

Answer: I believe the government is in a difficult time. There are high expectations that welfare reform will be successful and begin to reduce the budget deficit, putting Brazil on a growth and job creation path. However, the proposed reform can be diluted. In addition, relations between the Executive and Congress do not seem ideal.

Question: Bolsonaro is usually compared to Donald Trump. What differences and similarities do you see between them?

Answer: Both use social media aggressively, like to antagonize opponents and increase fear and anger. But in terms of ideology, politics and their parties, they are very different. Trump is an economic nationalist and believes his protectionism is preserving and creating jobs. Bolsonaro tries to sell the idea that his government is economically liberal, which will reduce the budget deficit through pension reform, lower tariffs, privatization of state-owned enterprises and attraction of foreign investments. Trump is not highly ideological. He is a negotiator, trying to defend key sectors of the US economy, such as steel, automobiles, agribusiness, and high technology. Bolsonaro does not seem to understand the economy and seems willing to assume ideological positions even when they harm Brazilian producers.

Question: And the political part?

Answer: President Trump has the backing of a powerful party machine, the Republican Party. Republican control over the Senate is why President Trump should not lose office if there is a request for impeachment. Bolsonaro does not have such a machine and must work much harder to build a majority in Congress than Trump had to do.

Question: Since the 1964 coup d’état, there has never been so much military personnel in a civilian government. The president, the deputy, ministers of state and important advisers have their origins in the army. What does that mean?

Answer: The government and the Armed Forces benefit each other. But there is a risk: if the government fails, the image of the Armed Forces may be impaired. The deference that many people seem to have with the military is a potential weakness of Brazilian democracy. It reflects a lack of confidence in civilian politicians and also a potential disposition to accept military tutelage over the government, which amounts to military tutelage over popular sovereignty. This is dangerous. Ultimately, it is the people who guarantee democracy.

Question: On overseas trips, the president often criticizes the left, the gender ideology and say that he wants to combat communism, even used speech of the campaign. How is this seen?

Answer: Many people find this speech disconcerting and anachronistic, something much more relevant to the Cold War than to today’s societies. The left has a role to play in a democracy. Equal rights, regardless of race, ethnicity, religion, sexual orientation – and gender – is not a communist idea. Of course, it is an ideal that is not fully realized anywhere – marginalized people in capitalist democracies know this very well – but to suggest that being unworthy as an ideal seems to be a major setback. This div