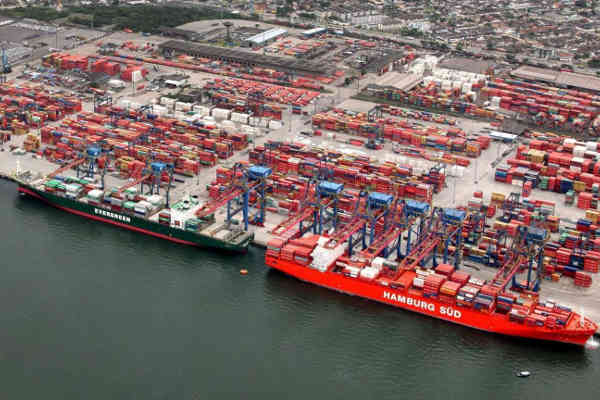 There are three areas in Cabedelo (PB) and one in Vitoria (ES). The event is scheduled for 10 a.m.

Federal Administration will auction four port areas on Friday (22), starting at 10 am, on the Sao Paulo Stock Exchange: three in Cabedelo (PB) and one in Vitoria (ES). The investments foreseen in the four terminals are R $199 million. The auction is part of the federal government’s plans to promote 23 concessions, including ports, airports, and railways, within the first 100 days of management.

The minimum grant value will start at R $1. Value, according to the Ministry of Infrastructure, is justified in the interest of the federal government to promote investments, improve port services and reduce logistics costs.

According to Diogo Piloni, the national secretary of Ports and Waterway Transport of the Ministry of Infrastructure said that the criterion for judgment of port leases will be the one with the highest grant value, that is, the highest bid for the areas, in Reais.

The Minister of Infrastructure, Tarcisio Gomes de Freitas, will be present. Earlier, when announcing the auction, the ministry reported that the four areas are intended for the handling and storage of liquid bulk (fuel).

According to the ministry, the three areas that will be awarded are classified as brownfield – already existing regions that will receive operational improvements with more modern and efficient contracts.

The lease term is 25 years. The AI-01 has 18,275 square meters of extension and will require at least 19 thousand tons of static storage capacity.

The AE-10 area has 18,344 square meters, and the investment forecast is R $36.5 million. In order to meet the static storage capacity, investments are planned in fixed-roof carbon steel tanks (without foundation) and a discharge and loading station.

The AE-11 area has 20,465 square meters and has a static capacity of 12,962 square meters, with an expected increase of 31,288. Investments are foreseen for fixed roof carbon steel tanks (without foundation), a discharge station and a loading station. The investment forecast is in the order of R $35 million.

The terminal VIX30, located in the Port of Vitoria (ES), is a greenfield project, a new area, without physical structure, with a lease term of 25 years. The investment forecast is R $ 128 million. The area to be rented is approximately 74 thousand square meters and serves to move liquid bulk (fuel).