The tweet, at its core, purports to vest in the federal police and the federal government that oversees it the power to regulate, control and outright censor political content on the Internet that is assessed to be “false,” and to “punish” those who disseminate it. The new power would cover both social media posts and entire websites devoted to politics.

“In the next few days, the Federal Police will begin activities in Brasilia [the nation’s capital] by a specially formed group to combat false news during the [upcoming 2018 presidential] election process,” the official police tweet stated. It added: “the measures are intended to identify and punish the authors of ‘fake news’ for or against candidates.”

Top police officials told media outlets that their working group would include representatives of the judiciary’s election branch and leading prosecutors, though one of the key judicial figures involved is the highly controversial right-wing Supreme Court judge, Gilmar Mendes, who has long blurred judicial authority with his political activism.

Among the most confounding aspects of the Twitter announcement is that it is very difficult to identify any existing law that actually authorizes the federal police to exercise the powers they just announced they intend to wield, particularly over the Internet. At least as of now, they are claiming for themselves one of the most extremist powers imaginable – the right of the government to control and suppress political content on the Internet during an election – with no legal framework to define its parameters or furnish safeguards against abuse.

Proponents of this new internet censorship program have suggested they will seek Congressional enactment of a new law to authorize the censorship program and define how it functions. But it is far from clear that Brazil’s dysfunctional Congress – in which more than a majority of members face corruption charges – will be able to enact a new statutory scheme before the election.

Tellingly, these police officials vow that they will proceed to implement the censorship program even if no new law is enacted. They insist that no new laws are necessary by pointing to a pre-Internet censorship law enacted in 1983 – during the time Brazil was ruled by a brutal military dictatorship that severely limited free expression and routinely imprisoned dissidents.

A top police official just yesterday warned that, absent a new law, they will invoke the authorities of one of the dictatorship era’s most repressive laws: the so-called “Law of National Security,” which contains deliberately vague passages making it a felony to “spread rumors that caused panic.” Yet he complained that the old dictatorship-era law is inadequate in part because it is too lenient, providing “only” for “months” in prison for those who disseminate “Fake News,” which he called a “very low punishment.”

That 1983 legal framework was used by Brazil’s military dictatorship to arrest dissidents, critics, and democracy activists. That they are now eyeing a resurrection of this dictatorship-era censorship law to regulate and censor contemporary political expression on the Internet – all in the name of stopping “Fake News” – powerfully symbolizes how inherently tyrannical and dangerous are all government attempts to control political expression. 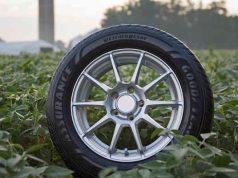 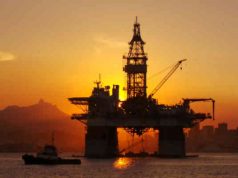 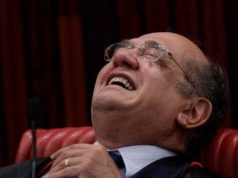