The impasse between Brazil and Paraguay over the electric power of the Itaipu Hydroelectric Plant continues and carries a high political cost for the neighboring country, which wants to avoid it anyway. If Paraguay agrees to contract the energy it consumes at a price deemed adequate by the Brazilian side, consumers in the neighboring country will have to pay an average readjustment of around 40%.

Today, the average residential tariff in Paraguay costs US$ 74 per megawatt-hour (MWh); for industries, the value is $ 51. Even with a readjustment of 40%, the price would still be much lower than the amounts paid by Brazilians. In Brazil, residential consumers pay an average of US $ 206, while the industry pays US$ 125. The information comes from Ande, a Paraguayan public company responsible for energy supply in the country.

In March, Eletrobrás and Paraguay’s counterpart Ande have not yet reached an agreement on the respective values of contracting the power available by the plant, which prevents planning for this year. Brazil wants Paraguay to contract 1 thousand more MW by 2019, but Paraguay resists the proposal because of the political cost that this would have for President Mario Abdo Benitez, who took office in August last year.

Soon after former President Dilma Rousseff was re-elected, light bills rose by 50 percent in 2015, which contributed to the decline in popularity of the PT, which was impeached in the following year. In Argentina, President Mauricio Macri faces criticism since withdrawing the subsidies embedded in various services. At the end of last year, it authorized a 43% increase in energy and a 35% increase in gas, in an attempt to distance the measure of the October elections in which it is in the running for re-election.

The electricity produced by Itaipu is sold at cost price to Brazil and Paraguay, but about 70% of the final price refers to the payment of the financing for the construction of the plant. The cost, per MWh, is US$ 43.80. Under the treaty, each country gets half the electricity produced by Itaipu. As it does not consume all the volume to which it is entitled, Paraguay sells its surplus to Brazil and, historically, has been with 15% of its parcel.

In addition to the energy associated with its power, Itaipu usually produces a surplus energy volume – much cheaper, since its cost does not include the payment of the loan related to the works. This volume should also be divided equally between Brazil and Paraguay, but an agreement signed between former presidents Lula da Silva and Fernando Lugo in 2009, now questioned by Brazil, gives Paraguay the right to a higher proportion of this cheaper energy.

It is with this cheaper energy, which costs US$ 6 per MWh, that Paraguay has counted to attract companies and investments. This policy has resulted in economic growth of around 6% for the country in recent years, while Brazil’s GDP grew by 1.1% in 2018 and in 2017 after a two-year recession.

Since last year, this agreement, despite favoring Paraguay, would have been extrapolated. Paraguay has appropriated all the surplus volume and also of part of the electricity to which Brazil is entitled.

Eletrobrás, the state through which Brazil makes payments to the plant, refused to pay for what it did not receive. Paraguay wants to keep the contracted volume unchanged and supply the local industry with a surplus, much cheaper. 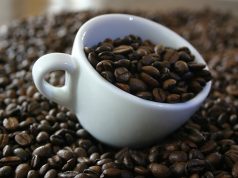 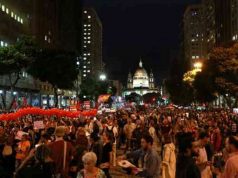 Brazil and China Should Discuss Certificates For Planted Forests at a…

Conab Announces Second Coffee Estimate With the Production of 50.92 Million…

A Protest Act Against Cuts in Education Ends in Violence and…