A criptomoeda created with a focus on the tourism market will have its world premiere in Brazil this month, as part of a project of a more agile and cheaper means of payment than the traditional ones in the sector.

Called as bestkoin, the virtual money was developed by a group of international entrepreneurs in a project based in Dubai and will be launched in the market in the coming weeks.

Under the plan for currency to be primarily a means of payment, rather than investment, the project’s creators have partnered with Brazilian fintech Uzzo and with Mastercard, which will allow the conversion of bestkoins into traditional currencies such as Brazilian currencies real or dollars, in the payment of purchases and services through a prepaid card of its own.

According to Portuguese businessman Pedro Ribeiro, co-founder of bestkoin, the goal of the partnership is that the product is a cheaper and simpler alternative for tourists to pay for purchases, eliminating tariffs and taxes related to international purchases with credit cards.

“In addition, this protects the cardholder from being vulnerable to currency fluctuations,” said Ribeiro.

The executive said that there are already agreements for the bestkoin to be accepted by Brazilian tourism agencies later this year. The plan is for similar partnerships to be announced throughout 2019 in regions such as the United States, Europe, South Korea, Japan and other South American countries.

Flag card for partnership, Uzzo Mastercard, accumulates values ​​at bestkoins. In uses to pay for purchases, the system converts bestkoin values ​​into coins in all 36 million stores that accept Mastercard in 210 countries. The same goes for making withdrawals in electronic terminals.

The card is exempt from annuity, but charges fees and operating fees on recharge and withdrawals. Issuers exempt customers from the requirement to have a bank account.

“As the currency was thought to be a means of payment, it should also be less vulnerable to large price fluctuations, as with other crypto-coins that are used more than a store of value,” said Thiago Lucena, president of Uzzo.

To try to seduce any customers, the product includes cashback of up to 1 percent of purchase transactions in the credit function and participation in Mastercard‘s loyalty program.

The initiative comes on the heels of a 10-year anniversary, completed the day before, of the first and most famous bitcoin of the cryptocoins, which should have its first annual decline in 2018 after years of expressive appreciation. 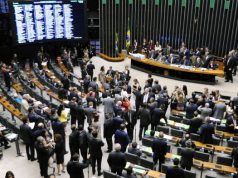