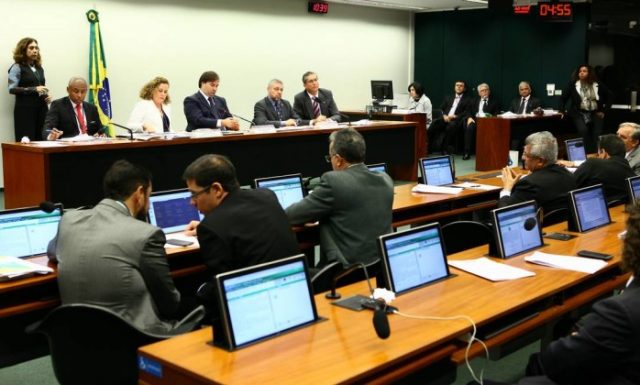 The House of Representatives’ Committee on Constitution and Justice (CCJ) closed Tuesday the phase of discussions on the Proposed Amendment to the Constitution (PEC) of pension reform and marked the vote on the admissibility of the text at 10 am on Wednesday.

According to Agencia Camara, the discussion in the CCJ was closed at 11:30 pm, after more than 12 hours of the session, after lawmakers favorable to the text gave up their speech or spoke for a short time.

There were a total of 55 deputies opposed to the reform of the Social Security, 19 favorable and 14 party leaders, the agency said.

With the closure of the discussions, MPs should vote on the opinion of the Social Security Rapporteur at the CCJ, Deputy Delegate Marcelo Freitas, who recommended the approval of the text sent by the government.

The decision to mark the vote for this fourth conflicting agreement concluded between leaders on Monday, which envisaged voting only next week. While MPs were speaking at the CCJ, negotiations were raging in the wings.

The opposition pleaded for changes in the text, as well as the center. On the other hand, the government, which had the presence of the mayor, Rodrigo Maia , despite the friction with the Planalto, was working to expedite the PEC process, as well as the president of the board, Felipe Francischini.

Once analyzed by the CCJ, the text of the pension reform still needs to go through a special committee of the House and only then will be ready to be submitted to the plenary of the House, where it will need to go through two rounds of voting. To be approved, a minimum of 308 votes is required for each vote in plenary.