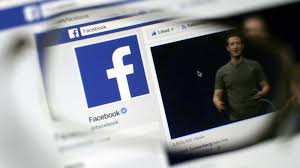 Folha de Sao Paulo, Brazil’s largest newspaper said on Thursday (Feb.8)  it will stop publishing articles on Facebook out of concern that tweaks to the social media’s news feed could lead to an increase in fake news.

Folha’s move is the first one made by a major publisher to fully withhold content from Facebook after its recent decision to prioritize posts from friends and Family than items from businesses and media outlets.

In Folha’s case, the noticeable decrease in Facebook’s significance as a distribution channel started becoming apparent prior to the changes that were implemented last month, a trend that was also observed by other outlets.

According to data that Folha compiled, in January, the total number of interactions (shares, comments and likes) that the ten biggest Brazilian newspapers obtained on Facebook decreased by 32% when compared to the results obtained in January of last year.