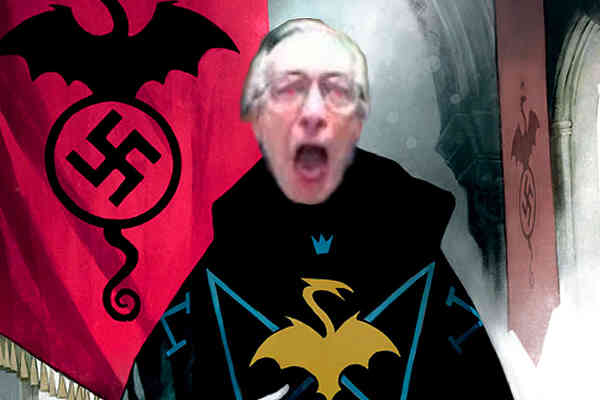 Some political commentators have recently stated that the government is advancing in at least two, if not opposite, divergent directions. On the one hand, the intelligentsia of the team is guided by a liberal compass: reduction of the public administrative machine, search for administrative efficiency, budgetary responsibility, autonomy for the Central Bank, less interference of the State in the economy and public enterprises, privatizations, among others. This is the profile of the government’s policies that the small portion of the population that pays taxes, that is, that carries the elephant in the back, hopes will be implemented.

Going in the opposite direction and indifferent to the contingent of electors who elected this government, is the authoritarian, interventionist, ideological, fundamentalist, orthodox, nostalgic, vociferous and angry orientation. The herald of this troupe is a faded, mediocre, arrogant character that good Brazilian humor dubbed the ‘Rasputin do Planalto’ (Brasilia’s Rasputin). Olavo ‘Rasputin’ de Carvalho is a man who is flattered by the apple-polishers, but he is only an adventurer of little importance who is able to influence naive and/or intellectually prejudiced minds.

To the unhappiness of the most enlightened spirits, a portion of the President’s entourage was captivated by the lousy charlatan, whose art is just to spread dissension and appoint ministers to the government… It is not difficult to understand why the ministers who are coming out from the cauldron of this Rasputin are the least shining and are pointed as the dissonant elements of the team.

Fortunately, to counterbalance this dead weight, there are ministers of the scope of Sergio Moro, who was named one of Time magazine’s 100 “most influential” people in the world. He headed the Car Wash operation that brought powerful politicians to jail; Paulo Guedes, an independent economist with a globalized vision, defender of free trade, entrepreneurship, proactive work and the valorization of meritocracy; Marcos Pontes, identified with the production of knowledge, with innovation, with applied technologies such as those related to space, nuclear area, cyber security, artificial intelligence, supporting sustainable development and introducing science and technology in agricultural production.

Dilma Rousseff, former impeached president, at a time when her government showed obvious signs of its death throes, had appointed Finance Minister Joaquim Levy, trying to conceal the failure of her economic policy. The mandate of the economist, former Minister of Planning of former President Henrique Cardoso, lasted from January 1 to December 18, 2015. In fact, it was impossible to co-exist with a liberal-minded economist in a statist, authoritarian and interventionist government. Paulo Guedes comes from the same school as Joaquim Levy, who formed the most brilliant economists of the twentieth century and who still shows himself as a reference of current economic thinking. The question that some ask themselves is: to what extent will Guedes resist the interventionism of the Planalto Palace?

For now, the burning issues of the economic area revolve inside the cupolas of the House of Representatives. The game follows the dialectical rhythm of Parliament. Even so, both the President himself and many of his party’s members have shown an unconstrained vocation for making it difficult for the Pension Reform, which is the mother of all Reforms, to pass by Congress.

It is important to say that the change in social security rules does not mean a real gain or a gain for the Real, literally. Brazilian retirement is the most transparent expression of a reality of exclusion and social asymmetry and affirmation of privileges. The system is an unjust and unequal currency, which grows wildly, like a malignant neoplasm, condemning the state to stagnation and the economy to collapse. However, much that has been trumpeted is that the reform would bring a gain of something about a trillion Reals, in ten years. To tell the truth, the reform will not bring a gain, that is, new wealth. It represents just a restraint of a growing loss. Of course the value saved by the reform could be converted into something to be employed by the State in its own activities, such as education, health, safety, among other.

Other reforms, however, will carry new value for the economy, that is, changes that place us at the same level as the nations that compete with us in international trade. These are the Tax reform, Labor reform, Political reform, and reform of the Judiciary – not necessarily in that order.

What assurance does the current government give us that this path will be tackled? Past ideas followers are focused on marginal issues. Our aboriginal Rasputin speaks of a triumphant conservative revolution. It would be a joke in bad taste, were it not a plagiarism from the “Konservative revolutionäre Bewegung”, the Conservative Revolution in Germany, from 1918 to 1932, which came to sponsor Nazism. It seems that Brazil fell into the tunnel of time and returned back to the end of the 60’s, with the caricatured presence of Janio Quadros: the Broom Man, as Janio was known. He was worried about the size of the girls miniskirt, the cockfights, his Whiskey, and so many other root causes for Brazil’s “progress.”

Today, we see that some of the government ministers led by Rasputin are concerned about the color of boys ‘and girls’ clothing, or anti-globalization flags, or the excess of freedom of the press, and other transcendental causes for sectarian and fundamentalist thinking.

The risk of the prevalence of these upsetting ideas, which are far from unanimous among those who, like me, voted for Bolsonaro, is the strengthening of the retrograde sector that was banned by the popular vote in the 2018 elections. The old Worker’s Party is a rotten corpse, however, with the ideology that drove it and kept it alive in power remaining and still generating new adepts.

The function of the modern state is simply to promote harmony between its members and well-being where possible. It is not up to the state to define tastes, orientations, options, ideologies, customs, religions, convictions, or any other topics related to knowledge, feelings or individual choices. One does not fight a backward ideology with another backward ideology. It seems that this part has been difficult to assimilate by some atrophied minds.

We are disheartened with the current picture. However, there is a four of aces behind the scenes that ensure the train will not derail. I am referring to the four generals who occupy important positions in the configuration of the Bolsonaro Administration.

A few months ago, during the election campaign, I had the privilege of having lunch at a table in the company of General Augusto Heleno. At that time the general spoke of Bolsonaro’s campaign with conviction and propriety. At that time, Bolsonaro, was around 18%, while Lula had 24% and was seen as virtual winner. The other candidates were far behind, but they all beat the captain in the second round.

I questioned the general about the Bolsonaro’s administrative capacity, since he had never held an executive position. As a deputy he was considered as being a part of the so-called “lower clergy”. Throughout his parliamentary life and his public statements he only caused embarrassment and pity.

General Heleno answered me with the laconic conviction of the military: – But that is what we have…