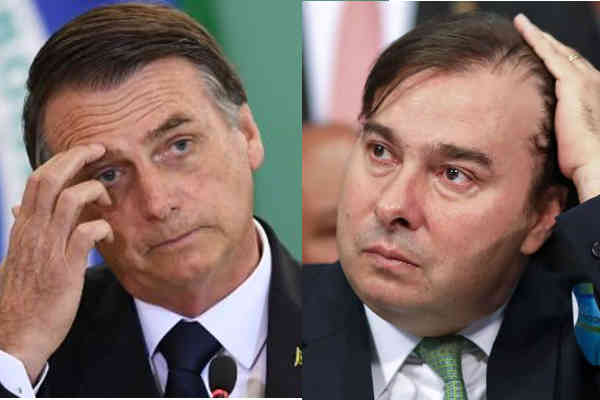 Rodrigo Maia, Chairman Brazil House has criticized the government’s lack of commitment to articulate approval of pension reform. On a trip to Chile, Jair Bolsonaro said that some politicians do not want to give up ‘the old politics’, without saying who they meant.

On Friday (22) and Saturday (23) , the president of the Republic, Jair Bolsonaro , and the Chairman of the Chamber, Rodrigo Maia held a duel of declarations at a distance on the articulation for the vote on the reform of the Social security. Bolsonaro was on an official trip to Chile, and Maia, in Brazil.

A measure considered a priority by the economic team to recover the country’s accounts, the Social Security reform changes the rules of retirement for workers from the private sector and from the civil service. The government also sent to the legislature a bill that deals with the military.

The proposals have not yet begun to process in the Chamber of Deputies for facing resistance from parties, including the PSL, Bolsonaro, who complain about the lack of dialogue with the Planalto Palace.

One of the main articulators of the reform in Congress, Rodrigo Maia has demanded more government commitment to structure the allied base and has become angry in recent days with attacks on social networks.

The controversy began on Thursday (21). According to the Estado de S.Paulo newspaper, Maia would have called the Minister of Economy, Paulo Guedes, and warned that he would leave the articulation after publication of a post by Councilman Carlos Bolsonaro, with criticism of him. In an interview with O Globo newspaper on Friday, Maia signaled that she will wait for the Planalto to take over the reins of the joint.

“The ball is with him [Rodrigo Maia], I already did my part, I gave in. And his commitment, regimental, is to dispatch and the project to go inside the Chamber.” I did not say anything against Rodrigo Maia, quite the contrary. Rodrigo Maia, I never criticized him, I did not criticize him, I do not know why he is suddenly behaving in a rather aggressive way, “he said. the president.