Bento Albuquerque, Energy Minister, said that the integration of the fuel with the electric and industrial sectors will be one of the main axes from his administration

Bolsonaro Administration’s program to boost Brazil’s natural-gas industry is expected to include changes to auction rules for the hiring of new power plants to facilitate the viability of new thermoelectric plants driven by the input, said Minister of Mines and Energy, Bento Albuquerque.

In an event in Brasilia on Monday, Apr. 29th, about the program, which has been called under the “New Natural Gas Market” government, the minister said that the integration of the fuel with the electric and industrial sectors would be one of the structuring axes of the initiative.

The economy minister, Paulo Guedes, has presented the program for gas as a set of measures that could generate a “cheap energy shock” for the industry.

On Monday, the Minister of Mines and Energy said that the program will involve “improving energy auctions to absorb gas supply opportunities at more competitive prices so that the industry benefits from new demand-driven offers thermoelectric. ”

The minister, however, did not detail the measures that could be taken in the auctions.

“This measure, combined with the harmonization of state and federal legislation, has the potential to significantly impact industrial activity, with heating investments in steelmaking, fertilizer production, petrochemicals, ceramics, among other areas,” added Albuquerque.

He said that the electrical system should have an expansion of about 5,000 megawatts in gas-fired capacity by 2027, coming out of about 13,000 megawatts currently, as provided in PDE 2027 (Decennial Energy Plan 2027).

There would still be room for gas thermals to be used to supplement power in the electrical system, due to the variability of the production of solar and wind power plants. The PDE points out that the system will need about 13 thousand megawatts in technologies for this complementation until 2027.

The minister also said that measures for natural gas aim to promote free competition in the sector by encouraging the participation of new agents and improving state regulations on the subject, as well as seeking greater alignment between state and federal rules. 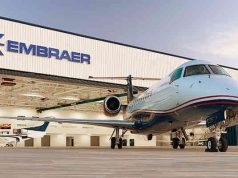