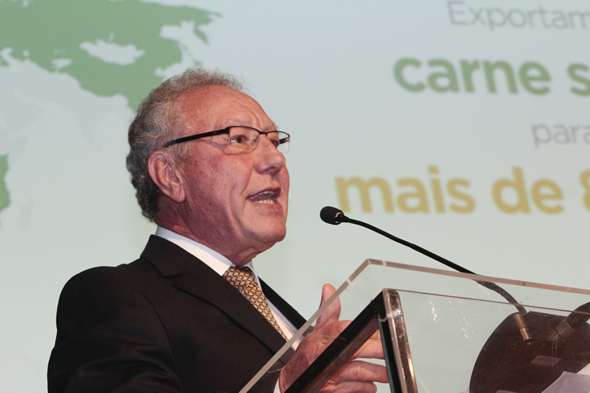 The president of the Brazilian Animal Protein Association (ABPA), Francisco Turra, celebrated the renewal of import quotas for poultry meat by Mexico, as of today’s publication in the Federal Official Gazette, the Secretariat of the North American country’s government.

The new quota of 55 000 tonnes is added to the first published by Mexico in 2013, 300 thousand tons, and refers to the whole product and fresh or frozen cuts.

Since the opening of the market, Mexico has gained prominence in the export of poultry meat from Brazil. The expectation is that the country follows among the main destinations for Brazilian products.

“In the last six years, we have devoted great attention to the partnership we have built with Mexican importerhttps://brazilmonitor.com/files/index-php/2019/05/25/s. the country is a major consumer and importer of animal protein and the renewal of the quota is an opportunity for brazil in an international market increasingly pressured by asian demand, “says Turra.

From January to April, Mexico imported 16,400 tons, which was 50% lower than the amount effected in the same period last year due to the end of quotas in force until then, explains the executive director of ABPA, Ricardo Santin.

“We have good expectations for the resumption of the pace of shipments to Mexico, which has become one of the priority markets for Brazilian exporters,” he says.